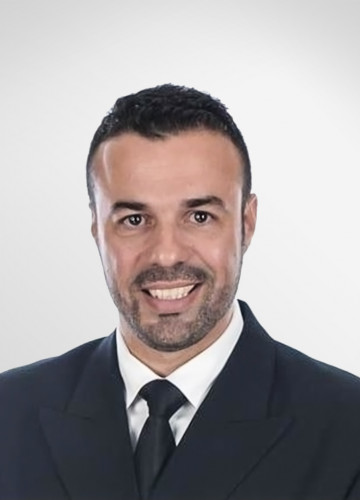 Captain Emmanouil Alevropoulos is the Vice President of Global Marine Operations for Celebrity Cruises as of January 2020. As Vice President and Fleet Captain, he is responsible for managing day-to-day Marine operations, providing leadership, guidance, and officer development with a particular focus on Maritime Safety, Environmental Compliance and Sustainability, Public Health, Security and Technical Reliability.

Captain Alevropoulos is a native of Greece, born in Athens. He graduated the Nautical Academy of Hydra, Greece, and is a Master Mariner since 2006. He also holds an MSc in Shipping from the University of Plymouth, UK. After 23 years at sea onboard various Celebrity ships, out of which he served the last ten years at the helm as Captain, he combines shipboard operational experience with corporate shoreside leadership and management skills. In 2016, he moved from Greece to Miami, where he currently resides with his wife and three children.