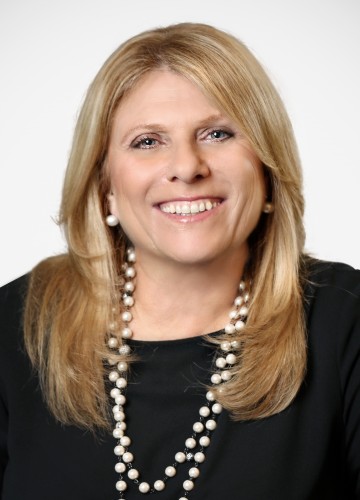 One of the few American women leading a multi-billion-dollar company, Lisa Lutoff-Perlo is a trailblazer in the global hospitality industry. She is recognized as the driving force behind transforming and re-defining today’s new luxury cruise experience and building demand with unparalleled brand vision and stewardship; award-winning guest service and operational expertise; and an innate ability for building high-performing, culturally-inclusive teams, among others.

Taking the helm as President and CEO at Celebrity Cruises in 2014, Lutoff-Perlo led the company into an era of unprecedented growth, including record financial performance and shareholder value. She doubled operating income; delivered double-digit ROIC and double-digit yield improvement; and increased EBITDA by 70%. Along with accelerated financial performance, Celebrity also introduced the critically acclaimed Edge Series of ships in 2018, has achieved historic levels of guest satisfaction, and has won hundreds of top industry awards for innovation and service, all under her leadership.

She is a member of the Board of Directors of Fortune 500 company AutoNation (NYSE: AN), America's largest and most recognized automotive retailer, where she sits on the Audit and Governance Committees. She also actively lends her expertise to numerous international and regional nonprofit organization boards including Best Buddies Global Board of Directors, United Way of Broward County and Nova Southeastern University, Broward Center of Innovation.

Throughout her 35 years in the company, and prior to becoming CEO, Lutoff-Perlo enjoyed a succession of progressive sales, marketing and operations leadership roles at RCG with expanding scope, responsibility and P&L oversight. In 2005, she became Celebrity’s first female Senior Vice President of Hotel Operations. In 2012, she was named Executive Vice President of Operations for Royal Caribbean, the first woman in the industry to oversee both hotel and marine operations. Two short years later, she was the first woman appointed to CEO of a Brand in the Royal Caribbean Group.

Known as a bold and strategic innovator, with a keen ability to identify market opportunities, tap into consumer trends, and motivate entire organizations to effectively execute them with an unwavering commitment to excellence and results, some of her significant accomplishments have included:

Lutoff-Perlo has received numerous awards for her groundbreaking contributions to the cruise industry, travel industry, the South Florida business community, gender equality, and diversity and inclusion including an Honorary Doctorate from Nova Southeastern University; Lifetime Achievement Awards from the Cruise Line Industry Association (CLIA) and Women in Travel; induction into the International Hall of Fame by the Maritime Association of the Port of New York and New Jersey; Leadership in Diversity Award from the Committee for Economic Development; and the prestigious The Eleanor Roosevelt Center Val-Kill Medal of Honor, acknowledging individuals whose far-reaching influence has made our world a better place.