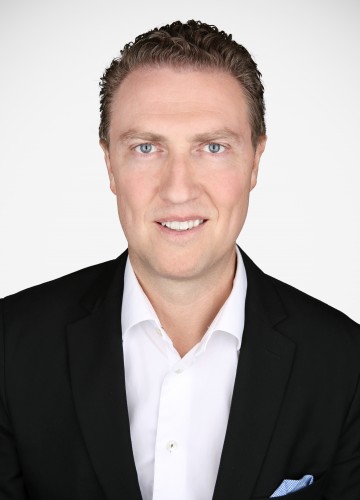 Captain Patrik Dahlgren is the Senior Vice President of Global Marine Operations and Fleet Optimization for all RCL global brands. His responsibilities span across six cruise brands with offices is in Miami, London, Hamburg, Madrid and Shanghai. He believes in fostering collaboration, innovation and transformation for the sake of aligning stakeholders with corporate objectives.

Patrik's seagoing experiences started as a bridge officer with tugboats, yachts and an array of cargo vessels and ferries. He rose through the ranks with over 15 years onboard Royal Caribbean Internationals cruise ships, with his last seagoing command as Master of Oasis of the Seas and Quantum of the Seas.

His role within the Royal Caribbean group as Director of Marine Newbuilding was crucial in terms of innovation for the brand. He was the lead contributor to the Quantum of the Seas development and received the esteemed Royal Institute of Naval Architects (RINA) award for its innovation and largest contribution to maritime safety.

Patrik has been a Captain with Royal Caribbean beginning with Voyager of the Seas as his first command. He has worked on Grandeur, Sovereign, Monarch, Freedom, Voyager, Liberty, Navigator and Oasis of the Seas. He was responsible for the final launch of the Quantum Class.

Patrik is a firm believer in giving back to the community, starting with his drive and passion for United Nations 17 Sustainability Goals. He is personally involved with Gender Equality #5 where he is responsible for raising the percentage of female bridge officers from 5-20% in 12 months.

Additionally, he proudly serves on the Board of Children’s Harbor Foundation, who keeps brothers and sisters together as well as giving youth guidance and education.