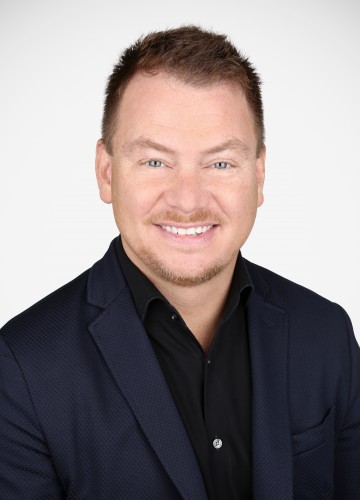 Fortunate enough to have discovered his passion at a young age and after more than two decades in New York City’s cutting-edge and highly respected culinary arena, Michelin-starred Chef Cornelius Gallagher oversees premium cruise brand Celebrity Cruises’ food and beverage operation. As Vice President of Food and Beverage Operations, Gallagher leads more than 5,000 food and beverage professionals, and is responsible for all aspects of service, beverage and culinary operations across Celebrity Cruises’ 13 award-winning ships.

Having recently served as Royal Caribbean International’s (RCI) director of culinary operations for its then 23-ship fleet, Gallagher led RCI’s culinary oversight and direction, including concept development and innovation. Prior to his time in the cruise industry, Gallagher notably served as Executive Chef for Michelin-starred restaurant “Oceana” in Midtown Manhattan, where he earned a number of awards and accolades, including being named one of Food & Wine Magazine’s “Best New Chefs in America,” “Most Influential Chef in New York” by New York Magazine and “One of the Finest Chefs Worldwide” by the Academy of American Hospitality. At Oceana, Gallagher earned a coveted “4 Stars” from the New York Post, “4 Stars” from Crain’s Business News, “3 ½ Stars” from the New York Observer and “3 Stars” from the New York Times.

Born in Bronx in 1972, Gallagher began cooking at the age of 12. At 15, he entered a vocational culinary school while still in high school, which led to competing for and winning the “Top Young Culinarian” award at 16. He continued to pursue his passion for cooking at the world’s premier culinary school, “The Culinary Institute of America” in Hyde Park, New York. His impressive career includes time honing his craft at some of the top restaurants in world including El Bulli, L’Esperance, DANIEL, Bouley, Lespinasse and Peacock Alley at the Waldorf Astoria Hotel.

Leading Celebrity Cruises' visionary approach to culinary experiences at sea, which has won the brand many awards, Gallagher will introduce inspiring new restaurant, bar and interactive culinary concepts to the Celebrity Cruises fleet, including developing new, world-class experiences for the brand’s innovative Edge Series of ships. His fresh approach to making guests feel excited about dining will challenge even the most experienced palates.

Gallagher currently lives in South Florida with his wife and two children.