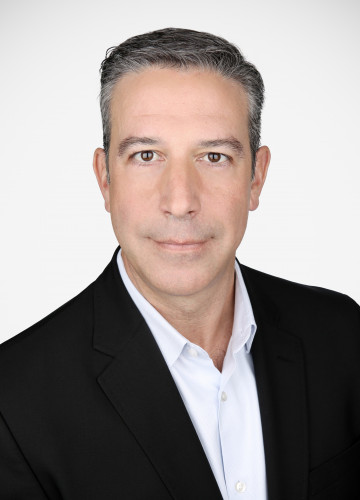 Brian Abel is Senior Vice President of Hotel Operations for Celebrity Cruises, the new luxury cruise line within the Royal Caribbean Group (NYSE: RCL), where he is responsible for bringing innovative onboard experiences to hundreds of thousands of guests on Celebrity’s 14 award-winning ships, sailing all seven continents. He oversees strategy and concept development for accommodations, culinary, entertainment, guest relations, and onboard revenue, launching numerous signature brand experiences under his leadership.  Abel is also responsible for pioneering a new service culture for the brand, involving the diverse array of onboard team members from more than 50 countries in delivering to guests the world at their service, and launching the cruise industry’s first-ever partnership with Forbes Travel Guide.

In June, 2021, Abel notably led the cruise industry back into service following the pandemic’s 16-month pause in operations with the first cruise ship to sail in the Caribbean, followed by the first cruise ship to sail from a U.S. port. The sailing of the innovative Celebrity Edge on June 26, 2021, became a worldwide media story, catapulting the brand into the global spotlight like never before. He went on to accomplish the monumental feat of returning eight cruise ships to service in eight weeks, reinstituting nearly 10,000 crew member positions onboard these ships.

Abel has spent his entire career in the hospitality industry, both on land and at sea. Prior to joining Celebrity Cruises in 2015, Abel was Vice President of Food and Beverage Operations for Celebrity Cruises’ sister brand, Royal Caribbean International (RCI), where he led the restaurant, bar and culinary operations for the line’s then 22-ship fleet. While at RCI, Abel introduced a partnership with popular British chef Jamie Oliver, as well as multiple new restaurant concepts, and he reimagined classic RCI experiences.

Prior to joining RCI, Abel spent nine years at Starwood Hotels and Resorts, elevating to the role of Vice President, Food and Beverage, North America Division. In this role, Abel oversaw food and beverage operations for nine hotel chains and more than 500 hotels and resorts. Abel was also responsible for concept and menu development, venue and interior design, and managing third party relationships.

Abel began his remarkable hospitality career in 1997 after receiving a master’s degree in Hospitality Management from Cornell University.

He currently resides in South Florida with his wife Emilie and their three children.