MIAMI – July 6, 2022 – Salut! Celebrity Cruises®, the new-luxury cruise line recognized for its elevated culinary offerings at sea, has won 15 Wine Spectator awards in the leading wine authority’s annual rating of the world’s best restaurant wine programs. With this year’s awards, Celebrity has amassed more than 100 awards over 10 years from Wine Spectator, further solidifying its position as the most awarded wine program at sea.

Four of the awards were the coveted 2022 “Best Of” Awards of Excellence, bestowed upon restaurants on the line’s highly acclaimed Edge® Series ships. Celebrity’s brand-new ship, Celebrity Beyond℠, launched at the end of April to rave reviews, received two “Best Of” awards for the wine offerings at Le Voyage, Daniel Boulud’s first restaurant at sea; and at its steakhouse, Fine Cut. Her sister ships, Celebrity Edge® and Celebrity Apex®, also each received a “Best Of” nod. As with previous years, Celebrity Cruises was the only cruise brand in the industry to receive this highest honor.

“Celebrity Cruises consistently raises the bar on superior and innovative food and beverage-focused experiences at sea,” said Cornelius Gallagher, vice president of food and beverage for Celebrity Cruises. “To have our efforts rewarded with this kind of consistent and growing recognition from the experts is very gratifying and it fuels our imaginations for the next decade of perfectly paired offerings.”

Of the 15 awards, Celebrity Cruises received an impressive four “Best of Awards and two “Awards of Excellence” honors, as outlined below:

In addition, continuing the long legacy of recognition by Wine Spectator, the following 2022 Awards of Excellence winners on Celebrity ships have also now received this honor for 10 consecutive years:

With more than 500 selections from the world’s most sought-after wine regions and some of the most acclaimed labels, Celebrity Cruises offers one of the largest wine collections at sea.

An educated and knowledgeable team of Sommeliers onboard every ship help navigate the options and offer a variety of experiences that immerse guests in wine education and enjoyment, including:

For more information on all Celebrity Cruises offerings, call 1-800-437-3111, visit the line’s website at www.celebritycruises.com, or speak with a travel advisor.

About Celebrity Cruises:
Celebrity Cruises’ iconic “X” is the mark of a fleet of 15 award-winning ships redefining luxury cruise travel with cool, contemporary design and accommodation; dining, spa and entertainment experiences for modern tastes; and culturally rich and diverse destination experiences, all complemented by warm, personalized service. Celebrity has pioneered many industry firsts at sea, including: the first use of solar panels on a cruise ship; the first to eliminate use of plastic water bottles; the first American female Captain of a cruise ship; the first-ever all-female bridge and officer team sailing; the first West African woman to work on the bridge of a cruise ship; and one of the first legal same-sex weddings performed at sea. Driven by wanderlust and a passion for opening the world, Celebrity journeys to all seven continents, visiting nearly 300 destinations in more than 70 countries. Celebrity is one of five cruise brands owned by global cruise company Royal Caribbean Group. (NYSE: RCL) 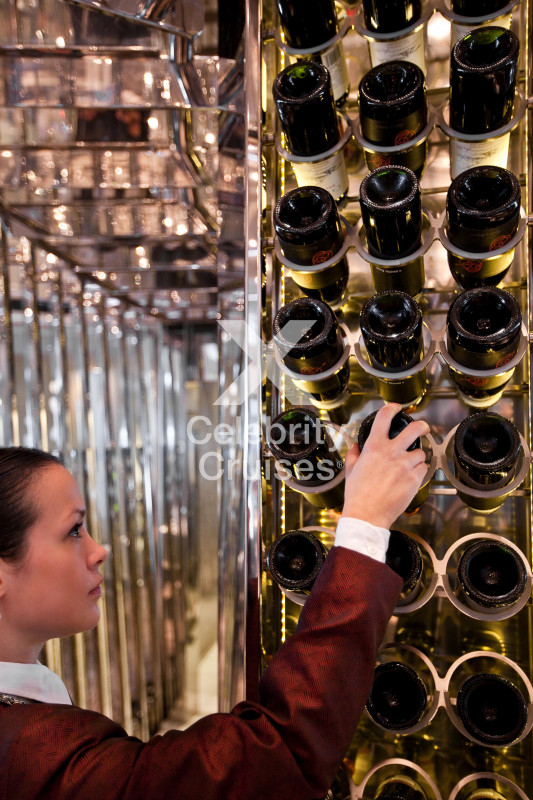